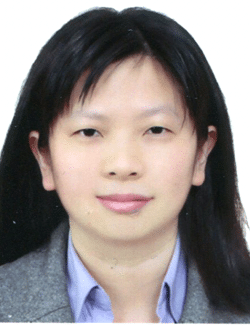 Pei-Ling Chi (S’08-M’11-SM’17) received the B.S. and M.S. degrees in communication engineering from National Chiao Tung University (NCTU), Hsinchu, Taiwan, in 2004 and 2006, respectively, and the Ph.D. degree in electrical engineering from the University of California at Los Angeles (UCLA), in 2011.

Since 2011, she has been with the National Chiao Tung University, as an Assistant Professor of electrical and computer engineering, where she is currently an Associate Professor. She holds several U.S. and international patents in the area of the left-handed metamaterials and has co-authored over 60 journal and conference papers. Dr. Chi was the recipient of the Research Creativity Award from the National Science Council, Taiwan, in 2004.

Her current research interests include the analysis and design of the left-handed metamaterial circuits, design of microwave/mm-Wave components and integrated systems, and development of terahertz antennas and communications.