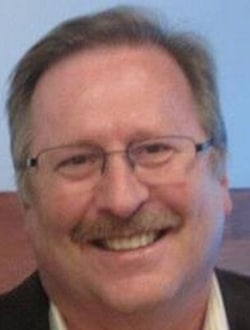 Paul J. Draxler (S’81–M’84–SM’13) received the B.S.E.E. and M.S.E.E. degrees (with special focus on electromagnetics, RF and microwave circuits, antennas, and plasma physics) from the University of Wisconsin–Madison, Madison, WI, USA, in 1984 and 1986, respectively, and the Ph.D. degree (with a focus on power amplifiers, behavioral modeling and predistortion) from the University of California at San Diego. La Jolla, CA, USA, in 2013.

Following his graduation from the University of Wisconsin–Madison, he designed hybrid and GaAs monolithic microwave integrated circuit (MMIC) power amplifier circuits with the Hughes Aircraft Company and Avantek. From 1988 to 1995, he held various positions at EEsof and HP-EEsof where he focused on RF and microwave computer-aided engineering: custom design environments, nonlinear modeling, and electromagnetic simulation. In 1995, he joined Qualcomm Technologies Inc., San Diego, CA, USA, to lead a team focused on RF computer-aided engineering and design methodology automation. In this role, he has provided consulting to many design teams on system and circuit simulation, electromagnetic modeling, and board- and chip-level design methodologies. He is currently with Qualcomm Research Center, Qualcomm Technologies Inc., where he is Principal Engineer involved with research on advanced transmitter and power amplifier technologies. He has authored or couathored over 30 journal and symposium papers on electromagnetic simulation, circuit simulation, system simulation, power amplifier behavioral modeling, and predistortion. He is co-holder of six patents with other patents pending.