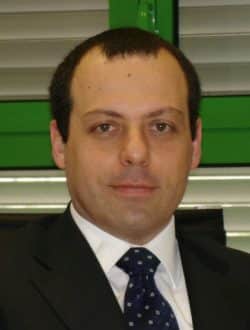 From October 1996 to December 1996 he collaborated with the Department of Electronic Engineering, University of Rome “Tor Vergata”, for the “Development and coding in C++ of procedures for the automatic determination of the optimum load of microwave power amplifiers.” This activity was performed in the context of project ESPRIT 21404 – EDGE.

In 1997 he collaborated with the Consortium “Roma Ricerche” for the support to the Project ESPRIT-MEPI-T-DIM 104, and specifically for the activities “Layout Design and measurement of monolithic variable gain amplifier.” In the same year he obtained a grant to participate in the “Euroconference on: Advanced Heterostructure Devices for Micro and Optoelectronics II” – Grenoble (France) July 16 to 22, and a grant for participation in “The National School on Microelectronic Technologies for Electronic Engineering PhD Students, “School G. Reiss Romoli – L’Aquila December 15 to 19.

His research activities are mainly focused in the field of microwave and millimetre-wave electronics, particularly: