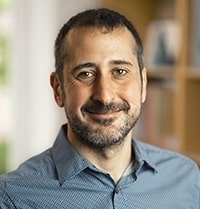 O. Quevedo-Teruel received his Telecommunication Engineering and PhD Degrees from Carlos III University of Madrid, Spain in 2005 and 2010. From 2010-2011, he joined the Department of Theoretical Physics of Condensed Matter at Universidad Autonoma de Madrid as a research fellow and went on to continue his postdoctoral research at Queen Mary University of London from 2011-2013.

In 2014, he joined the Division of Electromagnetic Engineering in the School of Electrical Engineering and Computer Science at KTH Royal Institute of Technology in Stockholm, Sweden where he is a Professor and Director of the Master Programme in Electromagnetics Fusion and Space Engineering. He has been an Associate Editor of the IEEE Transactions on Antennas and Propagation since 2018 and is the founder and editor-in-chief of the EurAAP journal Reviews of Electromagnetics since 2020. He was the EurAAP delegate for Sweden, Norway, and Iceland from 2018-2020 and he has been a member of the EurAAP Board of Directors since January 2021. Since January 2022, he is the vice-chair of EurAAP.

He was a distinguished lecturer of the IEEE Antennas and Propagation Society for the period of 2019-2021. He is the Chair of the IEEE APS Educational Initiatives Programme since 2020. He has made scientific contributions to higher symmetries, transformation optics, lens antennas, metasurfaces, leaky wave antennas and high impedance surfaces. He is the co-author of more than 110 papers in international journals and 180 at international conferences.