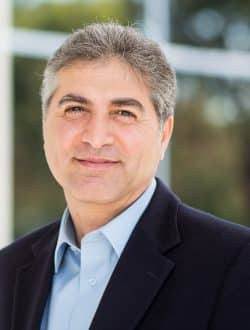 Osama Shanaa (S’94, M’01, SM’03) has been with MediaTek as a Senior RFIC Design Director since 2008, where he is responsible for various CMOS RF SoC developments for both cellular and connectivity resulting in a multi-billion dollar revenue with more than 20M units per month production shipments. He received his BSc. degree in electrical engineering with high honor from University of Jordan in 1992, the M.S.EE degree from Portland State University in 1996 and the Ph.D. degree in electrical engineering from Stanford University in 2001. Between 1995-2008 he held various IC design positions at Radio Comm. Corp., National Semiconductor, and Maxim Integrated Products, where he lead many successful RF wireless designs for 2G/3G cellular and WLAN. Dr. Shanaa is a Fulbright scholar, a member of the Etta Kappa Nu honor society and is a senior IEEE member. He currently serves on both Steering and Technical Program Committees of the IEEE RFIC Symposium. He has previously served as an Associate Editor for the IEEE Transactions on Microwave Theory and Techniques, a Guest Editor for the Journal of Solid State Circuits, and as a Distinguished Lecturer for the IEEE Solid State Circuits Society. He currently holds an Associate Adjunct Professor position with the University of California, Berkeley.