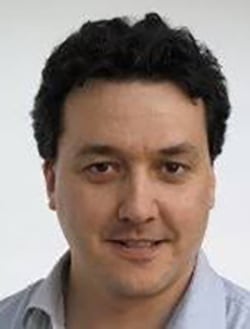 Olof Bengtsson received the B.Sc. degree in electrical engineering from the University of Gävle, Sweden, in 1997. He received the Lic. Tech. degree and Ph.D. Degrees from the Department of Solid State Electronics (SSE), Ångström Laboratory, Uppsala University, Sweden, in 2006 and 2008 respectively. Between 1998 and 2009 he was teaching microwave engineering at the University of Gävle, Sweden. He was co-founder and managing director for the private limited company Swedish Linear Microwave AB (2002-2010). Since April 2009 he is with the Ferdinand-Braun-Institut (FBH), Berlin Germany, where he currently holds the positions head of the RF Power Lab and group leader for microwave measurements. His main interests are large-signal characterization of GaN Devices for SISO and MIMO systems and high efficiency discrete and integrated RF power amplifier design based on load and supply modulation.