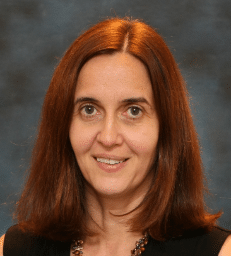 Since 2003, she has been with the University of Hawaii at Manoa, Honolulu, HI, USA, where she is currently a Professor of electrical engineering. Prior to joining UH, she was with Bell Laboratories, Lucent Technologies, Murray Hill, NJ, USA, where she conducted research in RF integrated circuit technology and biomedical applications of wireless systems. From 1996 to 1998 she was a visiting researcher at the Institute of Physical and Chemical Research, in Sendai, Japan. From 1995 to 1996 she was a resident research associate at the NASA Jet Propulsion Laboratory, Pasadena, CA. She has authored or coauthored over 200 journal and conference publications, two books and several book chapters, and her research has been featured by various media outlets. She has two patents and is a distinguished member of the National Academy of Inventors, UH Chapter. Dr. Borić -Lubecke was co-recipient of the Emerging Technology Award at TechConnect 2007, and co-founded and served as Chief Technical Advisor for a start-up company, Kai Medical. She is also co-founder and president of Adnoviv, Inc. Her current research interests include RF and high frequency integrated circuits, wireless systems, biomedical applications, and renewable energy.

Dr. Boric-Lubecke was the adviser–author of several award-winning IEEE Microwave Theory and Techniques Society (IEEE MTT-S) and IEEE Engineering in Medicine and Biology Society (EMB-S) student papers. She served as the workshop chair for the 2003 IEEE IMS, technical program vice-chair for 2007 IEEE IMS, and technical program co-chair for 2017 IEEE IMS, and 2018 IEEE IMS technical program advisor. She served as associate editor for the IEEE Microwave and Wireless Components Letters from 2012 to 2015, and for IEEE Transactions on Microwave Theory and Techniques from 2015-2017. She currently serves as IEEE EMBC associate editor, and IEEE MTT Fellow Selection Committee Member.

Prof. Borić –Lubecke is an IEEE Fellow and Foreign Member of the Academy of Engineering of Serbia.