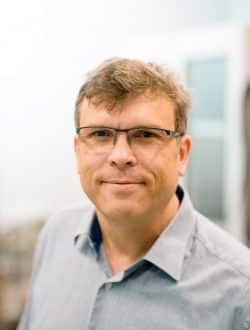 Nils G. Weimann received the Diploma degree in Physics (with Honors) from the University of Stuttgart, Germany, in 1996, and a Ph.D. in Electrical Engineering from Cornell University, Ithaca, NY, USA in 1999. He then joined Lucent Technology’s Bell Labs in Murray Hill, NJ (now part of Nokia), researching InP and GaN device and circuit technology. From 2012 to 2017 he has been with the Ferdinand-Braun-Institute in Berlin, Germany. In 2017 he was appointed chair professor for High Frequency Electronic Devices at the University of Duisburg-Essen in Duisburg, Germany. He has authored or co-authored more than 120 publications and conference contributions, and holds 12 patents in the field of high-frequency electronics and integrated optoelectronics.
Dr. Weimann received the Young Scientist Award from the 2005 International Symposium of Compound Semiconductors. Since 2009 he has served as member of the Electron Device Program Committee of IPRM (International conference on Indium Phosphide and related materials, now part of CSW, Compound semiconductor week).