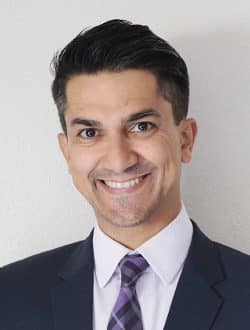 He worked as an Antenna Engineer successively with the Department of Antenna Studies, Alcatel Alénia Space, Toulouse, France (now Thalès Alénia Space), and with the Antennas Section, French Space Agency (CNES), Toulouse, France, where he completed his Ph.D. degree in parallel to his professional activities. In 2009, he joined the Antenna and Sub-Millimetre Waves Section, European Space Agency (ESA), Noordwijk, The Netherlands. His current research interests include multiple beam antennas for space missions, beam-former theory and design, ground terminal antennas and novel manufacturing techniques. He has authored or co-authored more than 200 papers in peer-reviewed journals and conferences. He contributed to 25 technical innovations, protected by over 40 patents issued or pending.

Dr. Fonseca is serving or served as a TPC member in several conferences. He also served as the Chair of the 38th ESA Antenna workshop on Innovative Antenna Systems and Technologies for Future Space Missions, October 2017, and as the Co-Chair of the 2018 IET Loughborough Antennas & Propagation conference (LAPC 2018). He is serving or served as a technical reviewer for over 20 journals and magazines. He is currently serving as an Associate Editor for the IET Microwave, Antennas and Propagation (MAP) journal and for the IEEE Transactions on Microwave Theory and Techniques (TMTT), and as a Topic Editor for the upcoming IEEE Journal of Microwaves (JMW). He is also serving as Vice Chair of the newly founded Technical Committee 29 (TC-29) on Microwave Aerospace Systems of the IEEE MTT Society. He is a board member of the European School of Antennas (ESoA) since January 2019 and is actively involved both as lecturer and as coordinator in courses related to space and ground antennas, including the ESA/ESoA course on Antennas for Space Applications, for which he was voted best lecturer by the participants of the 2020 edition. He received several prizes and awards, including the Best Young Engineer Paper Award at the 29th ESA Workshop on Antennas in 2007 as well as multiple ESA Technical Improvement Awards in 2015, 2017 and 2019. He was the recipient of the IEEE Antennas and Propagation Society Commendation Certificate recognizing the exceptional performance of a reviewer (top 10) for the IEEE Transactions on Antennas and Propagation (TAP) in 2016 and was listed in the top 100 Reviewers (over more than 2300) for the same journal in 2020.