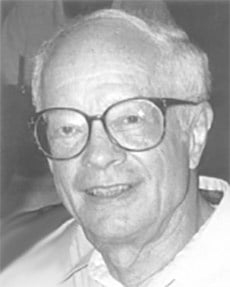 Nathan O. Sokal received Bachelor’s and Master’s degrees in 1950 from the Cooperative Course in Electrical
Engineering at the Massachusetts Institute of Technology, Cambridge, Massachusetts. During his Junior and Senior years,
he spent alternate semesters at MIT and at Philco Corp., Philadelphia, Pennsylvania, where he worked on industrial
projects: designing and testing a control unit for an aircraft-radar system, developing a low-noise IF amplifier for a radar
receiver, testing the electrical and acoustic properties of loudspeakers and their enclosures, investigating the reasons for
failures in the first production run of television receivers and developing preventive measures, and designing and building a
test set for kilowatt-class thyratrons.
From 1950 to 1965 he was involved with design, manufacturing, and field installation and operation of a wide variety of
analog and digital equipment for instrumentation, control, communications, computation, and signal and data processing:
he held engineering and supervisory positions with Holmes and Narver, Inc., working on instrumentation and datarecording of blast effects in a nuclear-weapon test at Eniwetok Atoll, Marshall Islands, South Pacific; M.I.T. Lincoln
Laboratory, Lexington, Massachusetts, working on development, field-installation, and field-test of equipment for an airdefense system against potential bomber aircraft; Mack Electronics Division of Mack Trucks, Inc. and its independent
successor, Di/An Controls, Inc., Boston, Massachusetts, working on development of digital and analog data-gathering and
data-processing equipment, and also as director of applications engineering; and Sylvania Electronic Systems Division,
Needham, Massachusetts, developing military cryptographic-communications equipment and, later, as Department
Manager of an advanced-R&D department for digital-computing technology.
In 1965, he founded Design Automation, Inc., an electronics consulting company doing product design, design review
and needed redesign, and technology development, for equipment manufacturers and government agencies, and technical
consulting attorneys. Much of that work has been in high-efficiency switching-mode power conversion and power
amplification, at frequencies from dc to 2.5 GHz.
Mr. Sokal holds eight patents in power electronics, including the Class-E switching-mode high-efficiency RF power
amplifier and a high-efficiency linear RF power amplifier using Envelope Elimination and Restoration, in which all powerhandling is accomplished in the high-efficiency switching mode.
He is an author or co-author of one book and about 130 technical papers, mostly in high-efficiency generation of RF
power and dc power.
In 1989, Mr. Sokal was elected a Fellow of the IEEE for his contributions to the technology of high-efficiency power
conversion and RF power amplification. He is a Technical Adviser to the American Radio Relay League, on RF power
amplification and dc power conversion, and a member of Eta Kappa Nu, Sigma Xi, and The Electromagnetics Academy
honorary professional societies. He has reviewed manuscripts submitted for twelve IEEE publications and conferences,
two IEE (UK) journals, the Transactions of the South African Institute of Electrical Engineers, the EPE (European Power
Electronics) Journal, and EPE Conferences.
Mr. Sokal gives pro-bono technical suggestions to graduate and undergraduate students via E-mail, and advises them
on their theses. He served on the committee judging a student’s successful thesis defense at the University Federal de
Santa Catarina, Florianopolis, Brazil.

Class E power amplifiers achieve significantly higher efficiency than for conventional Class B or C. Class E operates the transistor as an on/off switch and “shapes the voltage and current waveforms” to prevent simultaneous high voltage and high current in the transistor; that minimizes the power dissipation, especially during the switching transitions. In the published low-order class-E circuit, a transistor performs well at frequencies up to about 70% of its frequency of good class-B operation.

Four (4) hour Tutorial Lecture "RF Power Amplifiers, Class A through S - How They Operate, and When to Use Each"

With at least ten lettered classes of RF power amplifiers, and several combinations of these classes, many engineers are confused about RF power amplifiers. The complexity of the subject is compounded by the fact that RF power transistor acts either as a high-resistance current source or as a low-resistance switch, or – in some amplifiers – as a high-resistance current source during part of the “on” interval and as a low-resistance switch during another part of the “on” interval (mixed-mode operation). The circuit topology does not define unambiguously the transistor operating mode or the amplifier class of operation.