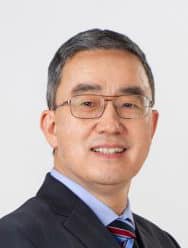 Prof Ming Yu received the Ph.D. degree in electrical engineering from the University of Victoria, Victoria, BC, Canada, in 1995. In 1993, he joined COM DEV, Cambridge, ON, Canada, as a Member of Technical Staff, while working on his thesis part time. He was involved in designing passive microwave/RF hardware for both space and ground-based applications. He was a Principal Developer of a variety of COM DEV’s core design and tuning software for microwave filters and multiplexers, including computer-aided tuning software in 1994 and fully automated robotic diplexer tuning system in 1999. He was a Manager of Filter/Multiplexer Technology (Space Group) and a Staff Scientist of Corporate Research and Development. Until 2016, he was the Chief Scientist and the Director of Research and Development. He is responsible for overseeing the development of company’s research and development roadmap and next generation products and technologies, including high-frequency and high-power engineering, electromagnetic-based CAD and tuning for complex and large problems, and novel miniaturization techniques for microwave networks. He is also an Adjunct Professor with the University of Waterloo, Waterloo, ON, Canada.

Since COM DEV was acquired by Honeywell in 2016, he has led the Advanced Technology Group, Cambridge, as the Chief Scientist and an Engineering Fellow. He holds 15 patents. He has authored or co-authored over 130 publications and numerous proprietary reports. He was later promoted to Senior Engineering Fellow.

Prof Yu is an IEEE Fellow and a Fellow of the Canadian Academy of Engineering. He holds the NSERC Discovery Grant (2004–2019) from the University of Waterloo. He was a recipient of the 1995 and 2006 COM DEV Achievement Award for the development of computer-aided tuning algorithms and systems for microwave filters and multiplexers. He was an IEEE Distinguished Microwave Lecturer from 2010 to 2012. He is now a member of speaker’s bureau. He served an IEEE MTT Filter Committee Chair (MTT-8) and Chair of TPC-11. He was an Associate Editor of the IEEE TRANSACTIONS ONMICROWAVE THEORY AND TECHNIQUES.