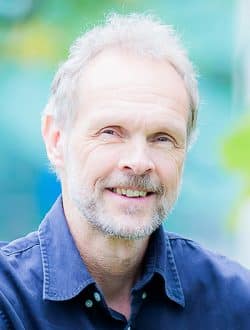 Michael Schroter (M ’93, SM ’08) received the electrical engineering Ph.D. and the ”venia legendi” on semiconductor devices in 1988, and 1994, respectively, from the Ruhr-University Bochum (Germany).

From 1993 to 1996 he was with Nortel and Bell Northern Research, Ottawa (Canada), first as senior member of Scientific Staff and later as Team Leader and Advisor, responsible for bipolar transistor modeling and parameter extraction. During 1994 to 1996, he was also Adjunct Professor at the Carleton University, Ottawa. In 1996, he joined Rockwell Semiconductor Systems, Newport Beach (CA), where he established and managed the RF Device Modeling Group and was responsible for modeling (Si, SiGe, AlGaAs) bipolar transistors, MOS transistors, and integrated passive devices with emphasis on high-frequency process technologies and applications. In 1999, he was appointed Full Professor as the Chair for Electron Devices and Integrated Circuits at Dresden University of Technology, Germany, where he has established a leading group on compact modeling and characterization of high-speed heterojunction bipolar transistors. He has also been a Research Professor at the University of California at San Diego, USA. His present research projects center around modeling and characterization of advanced SiGe and InP HBTs as well as carbon nanotube FETs and related nanoscale devices. He has co-authored over 280 peer-reviewed publications, 4 textbook chapters and two textbooks. He has also given numerous lectures and invited tutorials on bipolar transistor and compact device modeling at international conferences and is a regular reviewer for internationally renowned scientific journals and for research foundations of various countries.

Prof. Schroter was a member of the CAD/Modeling subcommittee of the IEEE Bipolar/BiCMOS Circuits and Technology Meeting (BCTM) from 1994-2001, which he chaired from 1998-2000; he joined the BCTM committee again in 2011. He has been a member of the RF analog mixed-signal committee of the ITRS (now IRDS) and led the generation of the first TCAD-based SiGe HBT roadmap. He initiated and was the Technical Program Manager of both DOTFIVE (2008-2011) and DOTSEVEN (2012-2016), which were European research projects for advancing high-speed SiGe HBT technology towards THz applications. In 2011, he successfully initiated the German consortium within the EU CATRENE project RF2THzSiSoC, targeting the development of commercial SiGe BiCMOS based mm-wave technologies and applications. He presently leads the Carbon Path project within the German Excellence Cluster CfAED with the goal of establishing the first wafer-level prototyping carbon nanotube FET technology.

Prof. Schroter is a co-founder of XMOD Technologies (located in Bordeaux, France), a company specializing in high-frequency semiconductor device modeling services for foundries and design houses. He served for several years on the Technical Advisory Board of RFNano, Newport Beach, CA, and of RFMagic (now Entropic Inc.), a communications circuit design company in San Diego, CA. During his 2009 to 2011 Leave of Absence from TUD he held the position of Vice President of RF Engineering at RFNano, where he was responsible for the device design of the first prototyping carbon nanotube FET process technology.

SiGe HBT technology and its combination with dense digital CMOS provides a highly attractive platform for compact integrated mm-wave and THz systems. This talk introduces the architecture of modern SiGe HBTs. Next successful numerical simulation (TCAD) approaches are discussed that can support device design. Then, an industry-standard compact model for advanced SiGe HBTs is built step-by-step, addresses the information needs of circuit designers and process engineers. Examples of comparisons of the various models with measurements are provided and possible pitfalls are discussed. Two case studies are presented that show the application of the various modeling tools to process development, generating PDK models, and technology roadmap generation.

Carbon nanotube CNT) field-effect transistors (FETs) represent the ultimately scaled FET structure and, with their excellent electronic properties, are a promising candidate not only for eventually continuing the digital CMOS roadmap but also for providing better high-frequency (HF) performance. This talk presents an overview on the state-of-the-art and the feasibility of HF CNTFETs from an engineering point of view. Multi-finger multi-tube device structures, meeting the requirements of HF applications with their typical 50 Ohm impedance environment, and the status of their fabrication are presented. Technology computer-aided design (TCAD) enabled by multi-scale simulation tools covering physical effects in detail at the atomistic level up to compact models for CNTFET circuit design and simulation will be discussed along with selected examples for experimental results. The talk will conclude with an outlook on the achievable performance of CNTFETs depending on the solution of still existing fabrication issues.