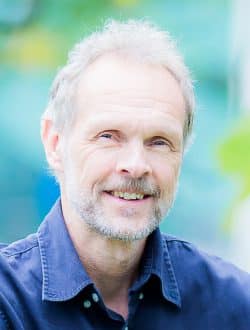 Michael Schröter received the Dr.-Ing. degree and venia-legendi in electrical engineering from Ruhr-University Bochum, Germany, in 1988 and 1994, respectively. During eight years in industry, he held engineering and management positions at Nortel/BNR in Ottawa, Canada, as well as at Rockwell/Conexant and RFNano in Newport Beach (CA), USA. Since 1999, he has been a Full Professor with Technical University Dresden, Germany. During his 2009 to 2011 Leave of Absence from TUD he held the position of Vice President of RF Engineering at RFNano, where he was responsible for the device design of the first prototyping carbon nanotube FET process technology. He has co-authored over 260 peer-reviewed publications, four textbook chapters and two textbooks. He was a Co-Founder of XMOD Technologies in Bordeaux, France, and the Technical Project Manager for the EU project DOTFIVE and DOTSEVEN, leading to SiGe HBT technologies with world-record performance. He is the author of the industry standard compact bipolar transistor model HICUM, and his team created the ITRS (now IRDS) data for SiGe HBTs.