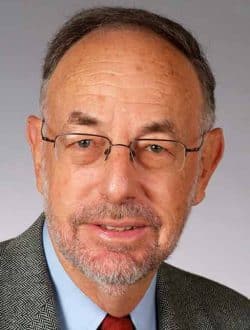 Michael Marcus is a native of Boston and received S.B. and Sc.D. degrees in electrical engineering from MIT. Prior to joining the FCC in 1979, he worked at Bell Labs on the theory of telephone switching, served in the U.S. Air Force where he was involved in underground nuclear test detection research, and analyzed electronic warfare issues at the Institute for Defense Analyses.

At FCC his work focused on proposing and developing policies for cutting edge radio technologies such as spread spectrum/CDMA and millimeterwaves. He proposed and directed the FCC rulemakings that resulted in the unlicensed ISM bands and  the original 59-64 GHz unlicensed band.  He had a key role in the policy development for 71-76 and 81-86 GHz US “licensed light” bands. Wi-Fi is one outcome of his early leadership. The total amount of spectrum he proposed for unlicensed use and directed the drafting of implementing rules was 8.234 GHz. He also participated in complex spectrum sharing policy formulation involving rulemakings such as ultrawideband and MVDDS.  Awarded a Mike Mansfield Fellowship in 1997, he studied the Japanese language and spent at year at the FCC’s Japanese counterpart.

He retired from FCC in March 2004 after servicing a senior technical advisor to the Spectrum Policy Task Force and codirecting the preparation of the FCC’s cognitive radio rulemaking.  Immediately after retirement he lived in Paris France for 3 years, consulting for US and European clients. In 2006 he was appointed Special Advisor to

He is now Director of Marcus Spectrum Solutions LLC, an independent consulting firm based in the Washington DC area and focusing on wireless technology and policy.  He is also Adjunct Professor of Electrical and Computer Engineering at Virginia Tech and the 2011-2013 chair of the IEEE-USA Committee on Communications Policy.  He was recognized as a Fellow of the IEEE “for leadership in the development of spectrum management policies”, received  in 1994 IEEE-USA’s first Electrotechnology Transfer Award , and received in 2013 the IEEE ComSoc Award for Public Service in the Field of Telecommunications “For pioneering spectrum policy initiatives that created modern unlicensed spectrum bands for applications that have changed our world.”