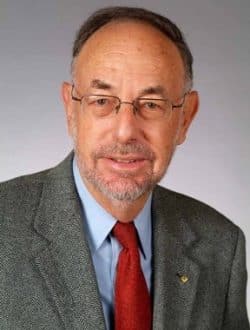 Michael Marcus received S.B. and Sc.D. degrees from MIT in electrical engineering. Immediately after his studies he served in the US Air Force working on underground nuclear test detection research at seismic frequencies in the 0.01-10 Hz range. After working on electronic warfare issues at the Institute for Defense Analyses, he joined the Federal Communications Commission where he was involved for 25 years in policy development for emerging spectrum technologies. He proposed and directed development of the new policies that became the basis of Wi-Fi and Bluetooth as well as for the 60, 70, 80, and 90 GHz licensed and unlicensed bands. He has taught electrical engineering at George Washington University and MIT and is now an adjunct professor at Virginia Tech. He also heads a small consulting firm focused on spectrum policy issues for innovative technologies.

He was selected as an IEEE Fellow “for leadership in the development of spectrum management policies” and received the IEEE ComSoc Award for Public Service in the Field of Telecommunications in 2013 “for pioneering spectrum policy initiatives that creates the modern unlicensed bands that have changed our world”. He is a Department Editor for IEEE Wireless Communications Magazine and a regular contributor in it on wireless spectrum policy issues.