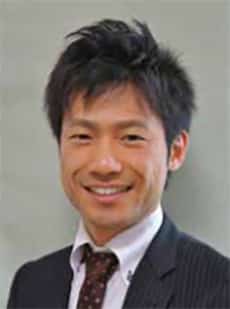 Masaya Tamura (M’07-SM’13) received the B.E. and M.E. degrees in Electrical and Electronic Engineering from Okayama University, Okayama, Japan in 2001 and 2003 respectively, and the Ph.D. degree in Informatics from Kyoto University, Kyoto, Japan in 2012. From April 2003 to March 2014, he worked in Panasonic Co. Ltd., where he had been engaged in research and development on RF filter, biosensor and energy harvesting modules utilizing Low-Temperature Co-fired Ceramics (LTCC), metamaterials, and plasmonics. During 2010 to 2011, he researched and developed the bio devices as a senior researcher with Panasonic Electronic Devices Singapore Pte Ltd which is an affiliated company. Since 2006, he had developed a compact and low-profile filter for portable WLAN devices. In this work, he received 2012 IEEE MTT-S Japan Young Engineer Award and 2012 Michiyuki Uenohara Memorial Award. He is currently an associate professor of Electrical and Electronic Information Engineering at Toyohashi University of Technology. His recent research is focused on development of Wireless Power Transmission under Water, microwave filter, and Batteryless Wireless Sensor System. He serves as a reviewer for various technical journals including IEEE Transactions on Microwave Theory and Techniques. He had served for 6 years on Young Engineer Committee in the IEEE MTT-S Kansai Chapter including 2 years as a Chair. He is a senior member of IEEE.