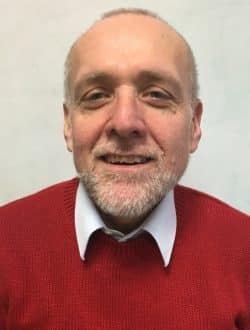 Marco Pirola received the degree in Electronic Engineering in 1987 and in 1988 started his PhD with the Department of Electronic of the same Politecnico, successfully defending in 1992 a thesis on the physical numerical modelling of RF and microwave FET GaAs devices. In 1992 he became researcher and since 2000 he has been associate professor at the Politecnico di Torino. In 1992 and 1994 he has been visiting researcher at the Microwave Division of the Hewlett Packard in Santa Rosa, USA, working on diode and MESFET device models. His research activities concern the electrical modeling and characterization of active and passive devices, circuits, and systems for high frequency applications. He has developed a wide experience in the compact modeling of active devices on advanced compound semiconductors for power applications (GaAs and GaN), suited to the design of hybrid and monolithic integrated circuits for microwave and RF, particularly to high linear and high efficiency power amplifiers.

Marco Pirola has coauthored more than 150 papers, of which more than 50 on international scientific journals, and chapters on several books. He is coeditor of a book on microwave backhaul and coauthor of a book on microwave fundamentals. He is co-inventor of two patents: the first on a novel integrate matching for electro-optical modulator, and the second a new low cost system for the on the field inspection of oil pipe.