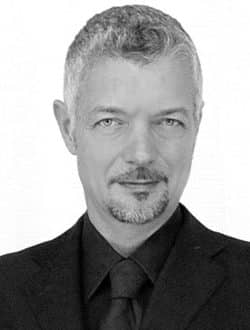 He was involved in electronic technologies for the Internet of Things for six years. He is currently a Qualified Full Professor with the University of Perugia, where he teaches applied electronics and coordinates the High Frequency Electronics Laboratory.

He has authored over 280 papers (H-i 28, i10 82, and over 3000 citations in Scholar) and Green RFID Systems (Cambridge Univ. Press, 2014). His current research interests include HF electronic systems with special attention to RFID, new materials, and wireless power transfer.

Dr. Roselli was a member of the Board of Directors of ART Srl, Urbino, Italy, from 2008 to 2012. He is also a member of the list of experts of the Italian Ministry of Research, the past Chair of the IEEE Technical Committees MTT-24-RFID, the Vice Chair of 25-RF Nanotechnologies, 26-Wireless Power Transfer, the ERC Panel PE7, and the Advisory Committee of the IEEE-WPTC, and the Chairman of the SC-32 of IMS. He is also the Co-Chair of the IEEE Wireless Sensor Network Conference. He organized the VII Computational Electromagnetic Time Domain in 2007 and the first IEEE Wireless Power Transfer Conference in 2013. He is also an Associate Editor of the IEEE Microwave Magazine. He is involved on the boards of several international conferences. He is also a reviewer for many international journals, including the PROCEEDINGS OF THE IEEE, IEEE TRANSACTIONS ON MICROWAVE THEORY AND TECHNIQUES, and IEEE MICROWAVE AND WIRELESS COMPONENTS LETTERS.

“Green RFID”: an enabling technology towards the Internet of Things (IoT) world

A brief description of the present and future scenario correlated to ICTs will be illustrated. Environmental implication of present societal and technological trends will be analyzed in order to address the most important and relevant issues. On the basis of this analysis, RFID, as an enabling approach compatible with the described scenario, will be introduced and motivated. Future environmentally friendly technologies and architectures, suitable for “green RFID” implementation, will be introduced, namely: paper printed circuits, organic materials, chip-less tag, harmonic RFID, autarkic sensor nodes, CNT based RFID gas sensors and so on. Some application proposals will be reported in order to illustrate the groundbreaking vision enabled by “green RFID” approach; in particular it will be shown the potentiality of the “green RFID” technologies toward the development of a new concept of indoor localization systems and assisted paths as well as the capability of massive use of green RFID tags for extensive monitoring and for measurements in harsh environments where high numbers of wireless sensors is needed without the possibility to recover them. These example applications will be used to draw final considerations about future developments, challenges and perspectives. It is worth noticing that this topic is, at present, the main one of a book recently committed to myself by Cambridge Press, entitled “Green RFID”, to be published in 2013.