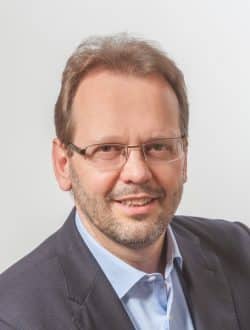 In 1992, he joined the Faculty of Engineering, University of Pavia, Pavia, Italy, where he is currently a Full Professor of electromagnetic fields and responsible for the Microwave Laboratory. He was a Visiting Professor with the Ecole Polytechnique de Montréal, QC, Canada, in 2001, 2002, 2005, and 2006.

He has been responsible for many research contracts with prominent international research centers and companies.

He has authored or co-authored over 100 journal papers and over 300 conference papers, 6 book chapters, and 2 textbooks, and co-edited Periodic Structures (Res. Signpost, 2006). His current research interests include the development of numerical methods for electromagnetics and the design of microwave components and antennas.

He served as a member of Prize Committees for several conferences/societies.

He is a member of the Technical Committee MTT-1 (Field Theory and Computational EM) of the IEEE Microwave Theory and Technique Society (MTT-S) and the Board of Directors of EuMA.

He was the Technical Program Committee Chair of the International Microwave Workshop Series on Advanced Materials and Processes, Pavia, Italy, in 2017, of the IEEE MTT-S International Conference on Numerical Electromagnetic Modeling and Optimization, Pavia, in 2014, and of the European Microwave Conference, Rome, Italy, in 2014.

He was the Editor-in-Chief of the IEEE Transactions on Microwave Theory and Techniques for the term 2017-2019.

How to write a technical paper (and get it published)

The talk will focus on the various aspects related to the writing of a technical paper, with specific reference to IEEE publications. In particular, the preparation phase, the organization of the manuscript, the appropriate referencing, and some stylistic aspects will be discussed.

Moreover, the peer review process will be presented in details, with specific reference to the IEEE journals, and, in particular, to the hands-on experience of the speaker.

Last but not least, ethical issues related to the scientific research are also addressed.