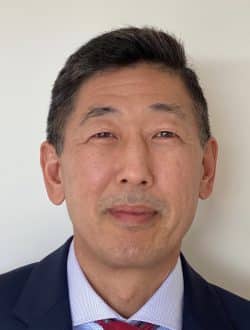 He has over 30 years of experience in GaAs, InP, GaN, and SiGe MMIC device technology development and IC design and has worked at TRW (1986-2000), Sirenza Microdevices (2000-2007), RF Micro Devices (2007-2014), and presently Qorvo (2014-present) where he is a Sr. Fellow working on advanced circuit architecture and device technology development. His areas of recent focus have been on reconfigurable, broadband, high dynamic range, high linearity, and low noise front-end circuits.

He has contributed over 200 technical publications in IEEE journals, refereed conferences and magazines and 80 U.S. patents in the field of microwave semiconductor device and IC design.  He served as an associated editor for the Journal of Solid-State Circuits (JSSC) from 1998-2002 and was on the TPC and executive committees of the GaAs IC (CSICS) symposium from 1998-2006. In 2005 he served as CSICS general conference chair in Palm Springs CA.  Since 2001 he has been serving on the Radio Frequency Integrated Circuits (RFIC) symposium TPC, steering, and executive committees and was the 2017 general conference chair in Honolulu HI, and presently serves on the RFIC executive committee. In 2013 he became an IEEE fellow for his contributions to monolithic microwave integrated circuits (MMIC).