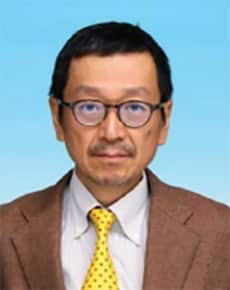 Kenji ITOH was born in Ishikawa, Japan, in 1960. He received the B.S degree in electrical engineering from Doshisha University,
Japan, in 1983, and the Ph.D. degree in electrical engineering from Tohoku University, Japan, in 1997. He joined Corporate R&D
of Mitsubishi Electric Corporation in 1983. From 1983 to 1997, he engaged in research and development of microwave/millimeter-wave transmitters and receivers for satellite communication systems, land mobile communication systems, radar systemsand EW systems.
He covered research areas for mixers, oscillators, frequency synthesizers including DDS and direct conversion
receivers. During years at Corporate R&D, he did early works for millimeter-wave even harmonic mixer MMIC, and presented
them for IMS in 1991.

In 1997 after receiving the Ph.D. degree, he was transferred to the design department for mobile terminals, and served as a
business line manager. From 1997 to 2008, he engaged in research and development of RF receivers and transmitters used in
W-CDMA mobile terminals, and RF-ICs development in PDC. He completed two early works for the RF engineering used in mobile terminals. The frst one
was the world-frst W-CDMA direct conversion receiver. He produced the earliest result of full compliance of the W-CDMA receiver in 2000, and applied the
receiver for mass-produced mobile terminals in early 2002. This was also the frst mass produced W-CDMA direct conversion receiver. The second one was
high-integrated SiGe transceiver-IC used in PDC terminals. He developed the frst SiGe PDC transceiver IC that has been used for mass-produced mobile
terminals since 2001.

From 2009, he is Professor at Division of Electrical Engineering, Kanazawa Institute of Technology, Ishikawa, Japan. He engaged in microwave circuits again.
He has authored and co-authored 25 transaction and journal papers and 50 international conference refereed papers including 3 invitations for the IEEE
International Microwave Symposium, the RF-IC symposium and the Radio and Wireless Conference that are sponsored by IEEE MTT-S. He has also been
invited to 18 sessions as panelist and workshop speaker in the IEEE International Microwave Symposium, the RF-IC symposium, the GaAs-IC symposium,
the Asia Pacifc Microwave Conference and the Microwave Workshops and Exhibition in Japan. He has 90 fled patents in 8 countries for RF, Microwave and
Millimeter-wave areas. He has served as a TPC member of the IEEE International Microwave Symposium since 2002, a TCC member (TCC-22) since 2003, an
associate editor of the Transaction on Microwave Theory and Techniques from 2004 to 2007, an elected ADCOM member of IEEE MTT-S from 2006 to 2008,
2010, and from 2012 to present. He was Chair, Commission C, Japan National Committee of URSI from 2008 to 2010. He is a member of Science Council of
Japan, a senior member of the Institute of Electrical Electronics Engineering (IEEE) and a member of the Institute of Electronics, Information and Communication Engineers (IEICE) of Japan.