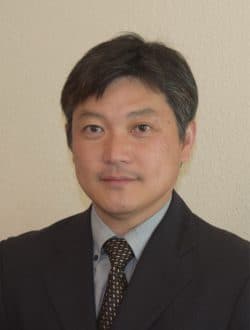 Keisuke Shinohara received the B.E., M.E., and the Ph.D. degrees in solid state physics from Osaka
University, Japan, in 1994, 1996, and 1998, respectively. Since 2014, he has been with Teledyne
Scientific & Imaging, where he is a principal scientist conducting R&D on GaN-based devices and MMICs
for RF and power electronics applications. Prior to joining Teledyne, he was with Communications
Research Laboratory in Tokyo, Japan between 1999 and 2004, Rockwell Scientific Company between
2004 and 2008, and HRL Laboratories between 2008 and 2014. He has authored or coauthored more
than 130 journals and international conference papers including 40 invited presentations and 3 book
chapters. He is a senior member of the IEEE. He served on the TPC of the IEDM, DRC, IPRM, LEC, ICNS,
TWHM international conferences. He has been serving on the IEEE Microwave Theory & Technology
Society (MTT-S) Technical Committee on Microwave and Millimeter-wave solid state devices (TC-9) as a
vice-chair.