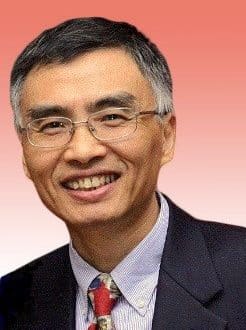 Ke-Li Wu received the B.S. and M.Eng. degrees from the Nanjing University of Science and Technology, Nanjing, China, in 1982 and 1985, respectively, and the Ph.D. degree from Laval University, Quebec, QC, Canada, in 1989. From 1989 to 1993, he was with the Communications Research Laboratory, McMaster University, as a Research Engineer and a Group Manager. In March 1993, he joined the Corporate R&D Division, COM DEV (now Honeywell Aerospace), Cambridge, ON Canada, where he was a Principal Member of Technical Staff. Since October 1999, he has been with The Chinese University of Hong Kong, Hong Kong, where he is a Professor and the Director of the Radiaofrequency Radiation Research Laboratory (R3L).

Prof. Wu is a Fellow of IEEE, a member of IEEE MTT-8 subcommittee (Filters and Passive Components) and also serves as a TPC member for many prestigious international conferences including International Microwave Symposium. He was an Associate Editor of IEEE Transactions on MTT from 2006 to 2009. He was the recipient of the 1998 COM DEV Achievement Award and Asia Pacific Microwave Conference Prize in 2008 and 2012.