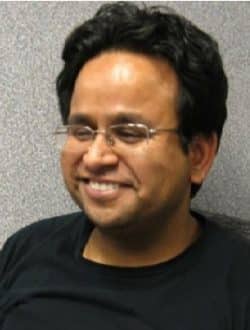 Karun Rawat has received his PhD. degree in electrical engineering from University of Calgary, Canada in 2012. He is currently Associate Professor in department of Electronics and Communication at Indian Institute of Technology (I.I.T) Roorkee, India. Prior to this, he was Assistant Professor in Centre for Applied Research in Electronics, I.I.T Delhi from 2013-2014 and scientist in the Space Applications Center, Indian Space Research Organization Ahmedabad, from 2003–2007. His current research interests are in the areas of RF power amplifier and transceiver design, nonlinear device modeling, RF active and passive circuits design, RFCMOS and GaN MMIC designs. His research has resulted in more than 50 publications in journals and conferences, several invited papers, two patents (applied), two state of the art books, and a book chapter. He has been reviewer of several IEEE transactions. He is recipient of young scientist award finalist from National Academy of Science India and Scopus for high citation of his publications. He has also received research production award for three consecutive years from 2009-2011 during his PhD. He also received best design prize in 3rd Annual Smart Radio Challenge in 2010. He is founding director of Linearized Amplifier Technologies and Services Private Limited which is involved in indigenous development of power amplifier design and its linearization technology. He is also member of the editorial board of Wiley journal in RF and Microwave Computer Aided Engineering (RFMiCAE). He has also been part of technical program committee of several IEEE conferences including technical program committee chair of IEEE INDICON 2017 and publication chair of APMC 2015.  He has organized as well delivered talks in the workshops at IEEE IMS 2018, EuMC 2018, APMC 2015, IMaRC 2014 and 2015.