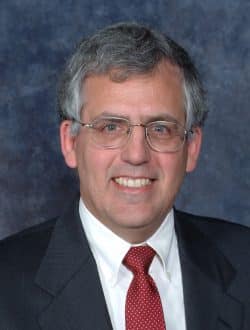 Karl R. Varian received the B.S. and M.S. degrees in electrical engineering from the University of Colorado at Boulder, in 1970 and 1973, respectively.

Since 1973, he has been involved in the design and development of microwave and millimeter-wave circuits and subsystems at Varian Associates, Rockwell International, Texas Instruments, and Raytheon Company.

Some areas of interest that he has been involved with are: Design of Gunn oscillators, design of miscellaneous modules / radios for microwave line-of-sight radios, design and development of broad-band microwave MMICs, components, subsystems in the 0.1 through 40 GHz frequency range, and most recently in the design and construction of low loss packaging of MEMS components, module transitions into a production environment, and design of high power amplifiers.

He is presently retired and currently, started in 2016, in a six year apprentice like program to become an American Orchid Society (AOS) Accredited Judge.  He has been growing orchids since ~1960 and his collection is a collage of warm and intermedia growing plants with a mild focus on Cattleya alliance, Dendrobiums, Encyclias, Phalaenopsis, Paphiopedilums, Phragmipediums, and Vandas.