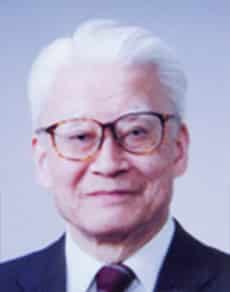 Kaneyuki Kurokawa (M’60–SM’73–F’74–LF’95) was born on August 14, 1928, in Tokyo, Japan. He received the B.S. degree
in electrical engineering and the Ph.D. degree, both from the University of Tokyo in 1951 and 1958, respectively.
In 1957, he became Assistant Professor at the University of Tokyo, Japan. From 1959 to 1961, he worked on parametric
amplifi ers at Bell Laboratories, Murray Hill, on leave of absence from the University of Tokyo. In 1963, he joined Bell
Laboratories as a Member of Technical Staff and was later promoted to a supervisor. At Bell Laboratories, he developed
microwave balanced transistor amplifi ers, millimeter wave path-length modulators, the theory of microwave solid-state
oscillators, and initiated the development of optical fi ber transmission systems. In 1975, after the fi rst delivery of optical
transmitter modules from Murray Hill to Holmdel for the Atlanta Experiment, he left Bell Laboratories to join Fujitsu
Laboratories, Kawasaki, Japan. At Fujitsu Laboratories, he directed the efforts to develop optical fi ber systems, array and
simulation processors, Josephson junction IC’s, and silicon on insulator technology. From 1985 to 1989, he was in charge
of Fujitsu’s Atsugi Laboratories, where HEMT devices and distributed feedback lasers were successfully developed. In
addition, he clarifi ed the head crash mechanism of hard disk drives. He became Director of Fujitsu Laboratories in 1979,
Managing Director in 1985, Vice President in 1992 and Fujitsu Fellow in 1994. From 1986 to 1989, he also served as a
Visiting Professor at the Institute of Industrial Science of the University of Tokyo. In 2000, he retired from Fujitsu. Since
then, he has been studying to rectify the incorrect discussion of vector potentials in textbooks. He is the author of An
Introduction to the Theory of Microwave Circuits, (Academic: New York, 1969).
Dr. Kurokawa is an honorary member of the Institute of Electronics, Information and Communication Engineers. He received
the Certifi cate of Appreciation from the International Solid-State Circuits Conference in 1965, IEEE MTT-S Pioneer Award in
1996 and IEEE Third Millennium Medal in 2000.