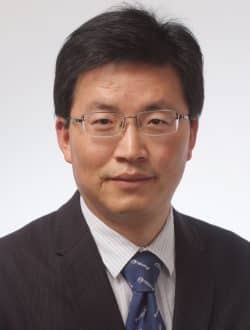 Kaixue Ma (M’05–SM’09) received B.E. and M.E. degrees from Northwestern Polytechnical University (NWPU), Xi’an, China, and Ph.D. degree from Nanyang Technological University (NTU), Singapore. From 1997 to 2002, he worked in Chinese Academy of Space Technology (Xi’an) as group leader. From 2005 to 2007, he was with MEDs Technologies as an R&D Manager. From 2007 to 2010, he was with Singapore based public listed company ST Electronics as R&D manager, Project Leader, technique management Committee and technique consultant in 2011. From 2010 to 2013, he was with NTU as a Senior Research Fellow and Millimeter-wave RFIC team leader for 60-GHz Flagship Chipset project. From 2013 to 2018, He is Full Professor with the University of Electronic Science and Technology of China (UESTC), Chengdu, China. From 2018 untill now, He is the Dean of the School of Microelectronics in Tianjin University and the Director of Tianjin Key Laboratory of Imaging and Sensing Microelectronics Technology.
Dr. Ma proposed a new electromagnetic regulation mechanism, a variety of new microwave integrated circuits based on advanced CMOS, SiGe BiCMOS, GaAs and SOI technologies, and a new circuit and system design and implementation platform patented with “quasi-planar circuits with embedded air cavity” named as SISL in publication. The preliminary research and development results were partially transformed into the company’s flagship products sold to Europe and the United States or used in China’s on-orbit satellites. He was responsible for designing and implementing the first low-power reconfigurable 60 GHz SiGe millimeter-wave transceiver SOC, packaging and system testing, and completed a high-speed dual-chip wireless communication system. The results were reported by dozens of technology media and he received the Emerging Technology Awards from the Singapore Information and Communication Technology Association. He is currently working on GaAs and silicon-based millimeter-wave and sub-millimeter-wave integrated circuits. He has published two books and 220 SCI/EI indexed papers in the fields of microwave, millimeter-wave and THz integrated circuits and systems related to satellite communications, software radio and mobile communications, including over 70 IEEE journal articles, 28 IMS papers and 2 ISSCC papers. Dr. Ma is awardee of the Chinese National Science Fund for Distinguished Young Scholars in 2016. He received 10 technique awards including best paper award etc. He is the chairman of the Microwave and Circuit System Committee for the Young Scientists of the Chinese Institute of Electronics from 2016 to 2018 and IEEE MTT-S R10 Coordinator for China and Singapore.