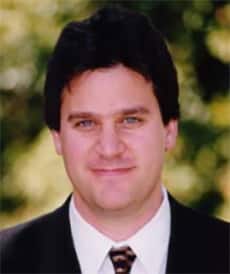 Joseph Pekarek received his BSEE from the South Dakota School of Mines in 1988, and his MSEE from the California State University of Northridge, CA in 1991. In 1996, he received his Ph.D from UCLA.

Joe worked on the development of advanced MMIC’s at Hughes Aircraft Company, while simultaneously pursuing his doctoral degree. In 1994, he founded Applied Wave Research (AWR) where he spent 4 years developing the first Microwave Office (MWO) suite released in 1998. From the beginning, Joe has been the architect and developer of MWO as it has evolved into a series of products providing complete front-to-back solution from design capture to tapeout. Today, the firm Joe founded is recognized worldwide as a leading provider of a design platform for microwave and MMIC circuits generating around $15M in sales per year.

Under Joe’s technical leadership, Applied Wave Research has received awards for Top Products of 1998 and 2002 from Microwaves and RF; Top Products for 2002 from EDN Magazine; was a 2002 EDN Innovation Finalist; and a finalist in the Software Developer of the Year from the Southern California Software Council. Joe is credited with a patent for a coplanar waveguide quadrature coupler, and has three patents pending related to system simulation.