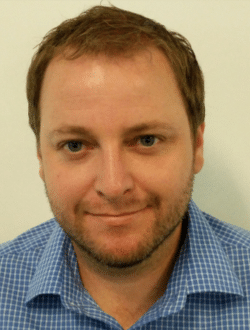 Joseph Bardin received the PhD degree in electrical engineering from the California Institute of Technology in 2009. In 2010, he joined the department of Electrical and Computer Engineering at the University of Amherst, where he is currently a Full Professor. His research group currently focuses on low temperature integrated circuits with applications in radio astronomy and the quantum information sciences. In 2017, he joined the Google AI Quantum team as a visiting faculty researcher and, in addition to his university appointment, he currently serves as a staff research scientist with this team. Professor Bardin was a recipient of a 2011 DARPA Young Faculty Award, a 2014 NSF CAREER Award, a 2015 Office of Naval Research YIP Award, a 2016 UMass Amherst College of Engineering Barbara H. and Joseph I. Goldstein Outstanding Junior Faculty Award, a 2016 UMass Amherst Award for Outstanding Accomplishments in Research and Creative Activity, and a 2020 IEEE MTT-S Outstanding Young Engineer Award.

Quantum Computing: What is it, how does it work, and what are the opportunities for microwave engineers?