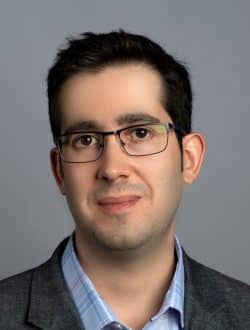 Josep M. Jornet is an Associate Professor in the Department of Electrical and Computer Engineering, the Director of the Ultrabroadband Nanonetworking Laboratory and a member of the Institute for the Wireless Internet of Things and the SMART Center at Northeastern University, in Boston, MA. He received the B.S. in Telecommunication Engineering and the M.Sc. in Information and Communication Technologies from the Universitat Politecnica de Catalunya, Barcelona, Spain, in 2008. He received the Ph.D. degree in Electrical and Computer Engineering from the Georgia Institute of Technology, Atlanta, GA, in 2013. From August 2013 and August 2019, he was an Assistant Professor with the Department of Electrical Engineering at the University at Buffalo, The State University of New York.

His research interests are in terahertz communication networks, wireless nano-bio-communication networks and the Internet of Nano-Things. In these areas, he has co-authored more than 160 peer-reviewed scientific publications, 1 book, and has also been granted 4 US patents, which accumulate over 8,900 citations (h-index of 42) as of January 2021. He is the Editor in Chief of Elsevier Nano Communication Networks and serves in the Steering Committee of the ACM NanoCom Conference Series. He has served in the Technical Program Committee of multiple IEEE conferences, including ICC, GLOBECOM, INFOCOM, SECON, MASS. He is the lead PI on multiple grants from U.S. federal agencies including the National Science Foundation, the Air Force Office of Scientific Research and the Air Force Research Laboratory. He is a recipient of the National Science Foundation CAREER award and of several other awards from IEEE, ACM, UB and Northeastern University. He is a senior member of the IEEE.