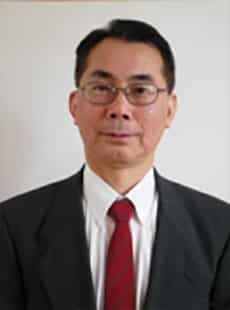 Jing-Bang Yan was born in Tainan, Taiwan in 1960. He received the B.S. degree in Physics from National Taiwan University in 1982
and the M.S. and Ph.D. degrees in electrical engineer from North Carolina State University, in 1987 and 1991, respectively. He also
worked as a Process Engineer at Microelectronic Center of North Carolina doing research on quarter-micron CMOS developing
before receiving his M.S degree. His research interests were in quarter-micron CMOS developing and microwave/millimeter-wave
device modeling.
He joined Bell Laboratories in 1991 working on telecommunication networks. In 2000, he moved to Atlanta and worked for BellSouth in Science and Technology. He became AT&T employee after the merger of BellSouth and AT&T in 2007. He is presently a Principal Technical Architect
at Tech Mahindra.
Dr. Yan also devotes himself to community services. He has served in many non-proft organizations in Metro Atlanta area such as Taiwanese American
Association and Asian-Pacifc American Council of Georgia. He is presently the Principal of Taiwanese School of Georgia, a non-proft organization ofering
Taiwanese culture and language classes on Saturday.