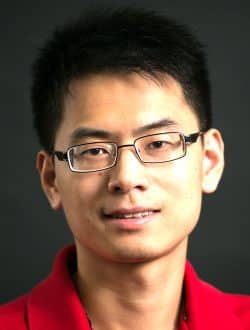 Jiefu Chen received his B.S. degree in engineering mechanics and his M.S. degree in dynamics and control from Dalian University of Technology, China, in 2003 and 2006, respectively. He received his Ph.D. degree in electrical engineering from Duke University, Durham, North Carolina, in 2010. He is an assistant professor in the Department of Electrical and Computer Engineering at the University of Houston, Texas. Previously, he was a staff scientist with Weatherford International in Houston, Texas. His research interests include multiphysics modeling and inversion, fast algorithms in electromagnetics and acoustics, electronic packaging, underground and underwater wireless communication, and well logging.