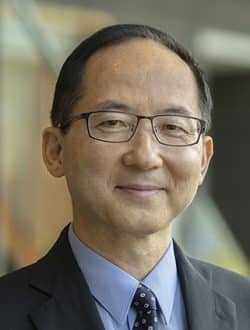 Prior to joining the University of Ottawa, he was an Assistant Professor in the School of Electrical and Electronic Engineering, Nanyang Technological University, Singapore, from 1999 to 2011.

Professor Yao is a principal investigator of more than 20 projects, including five strategic grant projects funded by the Natural Sciences and Engineering Research Council of Canada. He has published more than 380 papers (H-index: 32), including more than 210 papers in peer-reviewed journals and 170 papers in conference proceedings.

Professor Yao received the 2005 International Creative Research Award at the University of Ottawa. He was the recipient of the 2007 George S. Glinski Award for Excellence in Research and the Natural Sciences and Engineering Research Council of Canada Discovery Accelerator Supplements Award in 2008.

The transmission rate of wireless data in the mobile networks is doubling every year due to the increased usage of mobile multimedia services like streaming video, music, television, data transfer in smartphones and laptop-computers etc. This tendency will require continuously improved telecom infrastructure regarding both base-stations and the backhaul communication links. Today, the E-band (71-76, 81-86, 92-95 GHz) is employed increasingly in the networks, allowing multi Gbps data rate. In a near future however, the E-band will be crowded and novel, higher frequency bands can to be employed as well. Several hundred Gigahertz bandwidth is available for new communication and sensing applications just waiting to be exploited at frequencies above 100 GHz. Until now, components for making such ‘THz-systems’ have been too expensive, too bulky, too power hungry and nonsufficient in terms of generating enough power for communication systems. With newly developed RFIC-processes, it is now possible to design multifunctional integrated circuits, realizing a full ‘frontend on a chip’ at frequencies well beyond 100 GHz. Recent results from ongoing projects aiming at enabling new applications for next generation mobile infrastructure, 5G, and imaging, up to 340 GHz will be reported. So far, critical building blocks such as LNA, PA, VCO, modulator and demodulator, frequency multiplier, power detector and mixer have recently been developed, and results will be reported. Multifunction front-end circuits such as complete receive and transmit RFICs, mixed signal designs for co-integrated baseband/frontend ICs, and radiometer ICs have also been developed and will be reported as well, including the newly developed D-band frontend chipset demonstrating state-of-the-art bitrate of beyond 40 Gbps.