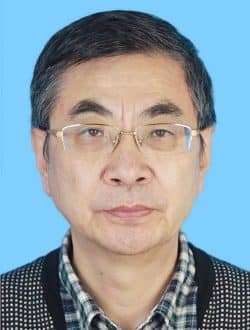 Jianguo Ma received the B.Sc. degree from Lanzhou University, Lanzhou of China in 1982, and the Ph.D. degree in engineering from the University of Duisburg-Essen, Duisburg of Germany in 1996. He is currently with Zhejiang University, China. His research interests include Microwave electronics, RFIC applications for wireless, RF device characterization and modeling, and Terahertz microelectronic systems. Dr. Ma is Vice Chair for Standard Committee of IEEE CRFID, a Member of the IEEE MTT-S Publication Committee and Future Direction Sub-Committee. He was a Member of the Editorial Board of the PROCEEDINGS OF THE IEEE in 2013-2018 and a Member of the IEEE University Program Ad Hoc Committee from 2010 to 2013. He has served as an Associate Editor for IEEE Microwave and Wireless Components Letters in 2003–2005 and is an Associate Editor for IEEE Microwave Magazine. He is currently the Editor-in-Chief of IEEE Transactions on Microwave Theory and Techniques.