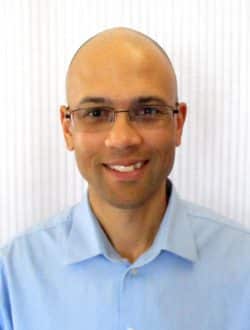 After graduation, he spent 1.5 years as a postdoctoral researcher in the Radiation Oncology Department at the University of California, San Francisco, developing a microwave hyperthermia system for the treatment of chest wall recurrence of breast cancer. From 2005 to 2007 he was a Visiting Research Fellow at Nagasaki University, Japan, where he investigated new approaches for microwave-based tissue imaging for breast cancer detection. From 2007 to 2014 he developed high power microwave antennas and systems for therapeutic applications in dermatology at Miramar Labs. Subsequently, he spent 2 years developing RF/microwave ablation technologies for cardiac applications at Advanced Cardiac Therapeutics / Epix Therapeutics. Currently, he runs Altruem Consulting LLC, a consulting firm that designs and develops high frequency systems, devices, antennas and sensors for a wide range of medical applications. His clients include startup companies in Silicon Valley, universities, and medical device companies worldwide. His research interests include designing devices and systems that utilize RF and microwave technology for treating and diagnosing medical conditions.

Dr. Johnson is a member of the IEEE EMBS, Antennas and Propagation and MTT societies and serves on the MTT-28 committee. He has also served as an officer in the Santa Clara Valley IEEE MTT Society Chapter. He has authored 12 journal articles, numerous conference papers and is a named inventor on more than 20 patents