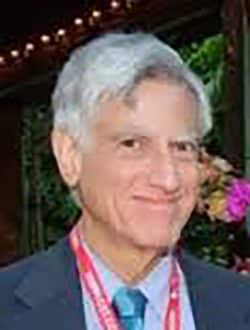 Jeffrey Pawlan (M 1989, SM 1996) has been a consultant as owner of Pawlan Communications for 25 years. Prior to that, he had worked for many companies in California in very diverse areas of analog, RF, and microwave design and has been an engineer for 40 years. Some of his work was for NASA projects including the very successful design of the SARSAT/COSPAS search and rescue satellite ground stations. He also taught engineering part-time. Born and raised in the Los Angeles area, he attended UCLA and several other universities. He enjoyed learning many different fields and has 13 years of higher education including a Doctorate degree.

He has worked on projects for consumer, industrial, and military applications covering a wide range of the spectrum from LF to 50GHz. In addition to his primary involvement with the MTT society, he is also a member of the UFFC (frequency control) concentrating on low phase noise oscillators and phase noise measurements, a member of the AP-S, and also the Communications Society. He has published several papers and has two patents. He is serving as a member on the IEEE SCV Section ExCom and also is on the ExCom of the Central Area, Region 6. He is a member of two MTT technical committees, MTT-9 and MTT-20.

He has been designing RF and microwave hardware for Software Defined Radio uses within instrumentation and military satellite communications since 1984. For the past nine years he has been concentrating on Software Defined Radio technology with his own radio designs including the development of very capable software and hardware. He has presented talks in a workshop at the 2010 IMS in Anaheim, the 2011 IMS in Baltimore, the 2012 IMS in Montreal, and also at chapter meetings and a short course.

An Introduction to Software Defined Radio for Microwave Engineers

This lecture will begin with the definition, history and evolution of Software Defined Radio (SDR). RF/microwave engineers will find it clear and understandable because analogies will be made to conventional classic radio systems and components. The lecture will then introduce the concepts of oversampling and undersampling as it applies to SDR. There will be an introduction to the details of correctly driving and implementing an A/D converter as this is one of the important areas that the RF/microwave engineer will be asked to do. There will be an introduction and explanation of the firmware and software portions of SDR and a comparison with state-of-the art conventional analog circuitry will be shown. A live demonstration of SDR will be presented.

This lecture will be of strong interest to MTT members as demonstrated in the many workshops and lectures that Jeffrey Pawlan has already been asked to give. Software Defined Radio (SDR) is the culmination of advances on several fronts and probably the most significant area of development in radio systems today. The entire worldwide cellular system uses SDR. NASA and the US military communications are now almost exclusively using SDR. Soon new automobile radios will be SDR to accommodate multiple modulation formats. The role of the RF/microwave engineer in this new technology will be shown so that the audience can adapt and feel that their skills are needed in the evolving field of radio communications.

This lecture can be tailored to the 1 hour customary meeting lecture time or it can be expanded to be a longer tutorial.