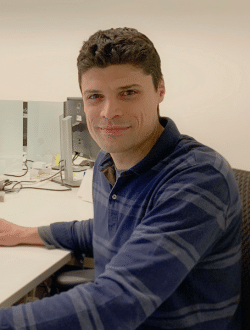 Dr. Javier Prieto earned the PhD in Information and Communication Technologies and the Extraordinary Performance Award for Doctorate Studies from the University of Valladolid in 2012. At this University, he also received the Telecommunication Engineer degree (2008) and the Marketing Research and Techniques degree (2010). Since 2007, he has been with different public and private research centers, such as the University of Valladolid (Spain) and the Massachusetts Institute of Technology. Currently, he is a distinguished researcher of the University of Salamanca, and a member of the Bioinformatics, Intelligent Systems and Educational Technology (BISITE) research group and of the Institute for Biomedical Research of Salamanca (IBSAL).

He has published more than 85 papers in international journals, books and conferences, participated in more than 100 research projects, and co-authored 2 Spanish patents. Moreover, he serves as the Editor-in-Chief for the Smart Cities journal at its Internet of Things section, as an associate editor for the IEEE Communications Letters and for the Wireless Communications and Mobile Computing journal, and as a guest editor for numerous journals. He is a member of the Technical Committee on Cognitive Networks of IEEE ComSoc and of the Technical Committee on RFID Technologies of the IEEE MTT-S. In 2013, he received the award “Young entrepreneurs of Castilla y León” from the Youth Institute of Castilla y León (Spain).

His research interests include signal processing and Bayesian inference, for wireless localization and inertial navigation, social computing and artificial intelligence, for developing smarter and safer cities, and blockchain, for the automatization and securization of everyday processes.