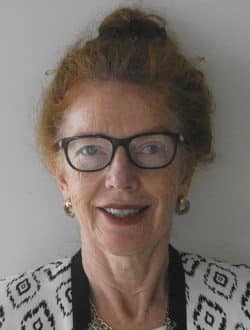 Janina Mazierska obtained MEng in Electronic Engineering and PhD in Telecommunication from Warsaw University of Technology, Poland (in 1970 and 1979). Her academic career includes several universities and spans over forty years: Warsaw University of Technology, University of Jos, Nigeria (under an inter Governmental agreement between Nigeria and Poland), James Cook University, Australia, and Massey University, New Zealand. Her roles included Deputy and Acting Dean of the Faculty of Engineering, Head of the Institute of Information Sciences and Technology (2004-2008), a Personal Chair (till 2014) and a member of University Council (2009-2014). She was also a Visiting Scholar at Stanford University (in 1991 and 1996) and a Visiting Scientist at European Space Agency. Currently she serves as an Adjunct Professor at James Cook University.

Janina pioneered the field of microwave measurements of low loss materials in Australia and made a significant contribution worldwide, with over 140 papers and 50 invited presentations. She was elected an IEEE Fellow (Class 2005) for “Contribution to Precise Microwave Characterization of High Temperature Superconductors and Dielectrics”. She developed a state-of-the-art Microwave Characterisation Facility at JCU (which was in the top ten in the world, and is still the best in Australia). She was ranked an A category researcher by Tertiary Education Commission in New Zealand (PBRF 2006), based on a peer review panel recommendation, with 685 points out of maximum 700.

Janina has been serving as an Editor for Microwave and Electronic Applications for IEEE Transactions on Applied Superconductivity since 2001, a reviewer for several International journals and on International Steering Committees of many conferences (including APMC, top microwave conference in Asia-Pacific).

Since 1987 Janina has been serving the IEEE in many roles in Australia, Region 10 and globally. She was an IEEE Region 10 Director (first women ever), a member of IEEE Board of Directors (2007-2008) and a MTT Regional Coordinator. She was a Foundation Chair of the IEEE North Queensland (now Northern Australia) Section and Subsection and its MTT/Comm Chapter, as well as of the MTT Chapter of New Zealand Council. She was instrumentational in establishing the IEEE in Vietnam and participated in its expansion in China. She was awarded the IEEE Third Millennium Medal as one of the first four recipients from Asia.

Currently Janina is a member of IEEE MGAB N&A, Region 10 N&A and IEEE Service Awards Committees and a Chair of MTT Chapter of NA Section in Australia.