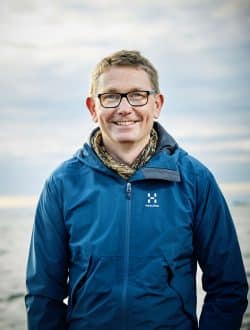 Jan Stake (S’95–M’00–SM’06) was born in Uddevalla, Sweden, in 1971. He received the degrees of M.Sc. in electrical engineering and Ph.D. in microwave electronics from Chalmers University of Technology, Göteborg, Sweden in 1994 and 1999, respectively.

In 1997 he was a Research Assistant with the University of Virginia, Charlottesville, USA. From 1999 to 2001, he was a Research Fellow with the Millimetre Wave Group at the Rutherford Appleton Laboratory, Didcot, UK. He then joined Saab Combitech Systems AB, as a Senior RF/microwave Engineer, until 2003. From 2000 to 2006, he held different academic positions with Chalmers University of Technology and, from 2003-2006, was also Head of the Nanofabrication Laboratory, Department of Microtechnology and Nanoscience (MC2). During 2007, he was a Visiting Professor with the Submillimeter Wave Advanced Technology (SWAT) Group at Caltech/JPL, Pasadena, USA. In 2020, he was a Visiting Professor at TU Delft. He is currently Professor and Head of the Terahertz and Millimetre Wave Laboratory, Chalmers University of Technology, Sweden. He is also cofounder of Wasa Millimeter Wave AB, Göteborg, Sweden. His research involves graphene electronics, high frequency semiconductor devices, THz electronics, submillimeter wave measurement techniques (“THz metrology”), and THz in biology and medicine.