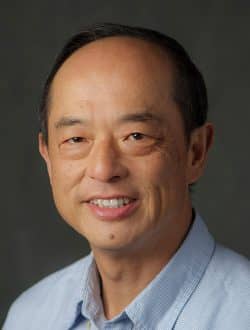 James Hwang is Professor in the Department of Materials Science and Engineering at Cornell University. He graduated from the same department with a Ph.D. degree. After years of industrial experience at IBM, Bell Labs, GE, and GAIN, he spent most of his academic career at Lehigh University. He cofounded GAIN and QED; the latter became the public company IQE. Between 2011 and 2013, he was the Program Officer for GHz-THz Electronics at the U.S. Air Force Office of Scientific Research. He has been a visiting professor at Cornell University in the US, Marche Polytechnic University in Italy, Nanyang Technological University in Singapore, National Chiao Tung University in Taiwan, Shanghai Jiao Tong University, East China Normal University, and University of Science and Technology in China. He is an IEEE Life Fellow and a Distinguished Microwave Lecturer. He is also a Track Editor for the IEEE Transactions on Microwave Theory and Techniques. He has published more than 350 refereed technical papers and been granted eight U.S. patents. He has researched for decades on the design, modeling and characterization of optical, electronic, and micro- electromechanical devices and circuits. His current research interest focuses on electromagnetic sensors for individual biological cells, scanning microwave microscopy, and two-dimensional atomic-layered materials and devices.

Microwave is not just for cooking, smart cars, or mobile phones. We can take advantage of the wide electromagnetic spectrum to do wonderful things that are more vital to our lives. For example, microwave ablation of cancer tumor is already in wide use, and microwave remote monitoring of vital signs is becoming more important as the population ages. This talk will focus on a biomedical use of microwave at the single-cell level. At low power, microwave can readily penetrate a cell membrane to interrogate what is inside a cell, without cooking it or otherwise hurting it. It is currently the fastest, most compact, and least costly way to tell whether a cell is alive or dead. On the other hand, at higher power but lower frequency, the electromagnetic signal can interact strongly with the cell membrane to drill temporary holes of nanometer size. The nanopores allow drugs to diffuse into the cell and, based on the reaction of the cell, individualized medicine can be developed and drug development can be sped up in general. Conversely, the nanopores allow strands of DNA molecules to be pulled out of the cell without killing it, which can speed up genetic engineering. Lastly, by changing both the power and frequency of the signal, we can have either positive or negative dielectrophoresis effects, which we have used to coerce a live cell to the examination table of Dr. Microwave, then usher it out after examination. These interesting uses of microwave and the resulted fundamental knowledge about biological cells will be explored in the talk.