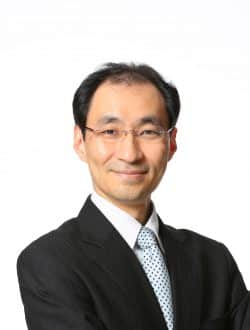 Hideyuki Nosaka (M’97-SM’20) received the B.S. and M.S. degrees in physics from Keio University, Yokohama, Japan, in 1993 and 1995, respectively, and the Dr. Eng. degree in electronics and electrical engineering from Tokyo Institute of Technology, Tokyo, Japan, in 2003.

From 1995 to 2021, he was with NTT Corporation, Kanagawa, Japan, where he has been involved in research and development of ultrahigh-speed mixed signal ICs for wireless and optical communications. He is currently a Professor with the Department of Electrical and Electronic Engineering, Ritsumeikan University, Shiga, Japan. He has authored or coauthored over 150 journal and conference articles and has over 150 patents issued. His current research interests include analog and mixed circuits for 6G, wireless power supply, IoT, and satellite wireless systems.

Dr. Nosaka is a member of the IEEE Microwave Theory and Techniques Society (MTT-S), the IEEE Solid-State Circuits Society (SSCS), and the Institute of Electronics, Information and Communication Engineers (IEICE) of Japan. He served as a Technical Program Committee (TPC) Member for the European Microwave Conference (EuMC) in 2010, the IEEE Compound Semiconductor Integrated Circuits Symposium (CSICS) from 2011 to 2013, the Asia-Pacific Microwave Conference (APMC) in 2014, and the IEEE International Solid-State Circuits Conference (ISSCC) from 2013 to 2017. He has been serving as a member for the IEEE MTT-S Technical Committee on MTT-15 RF/Mixed-Signal Integrated Circuits and Signal Processing from 2016. He was a recipient or co-recipient of the IEICE Young Engineer Award in 2001, the IEICE Best Paper Award in 2011, the URSI Young Scientist Award in 2016, and the APMC 2018 Prize.