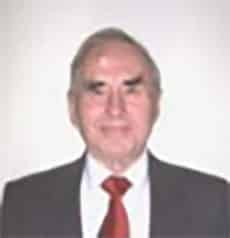 Hermann Statz was born on Jan. 9, 1928 in Herrenberg, Württemberg, Germany. He received
from the University of Stuttgart the Diplom Physiker (MS) degree in 1949 and Dr. rer. nat.
degree in 1951. He did postdoctoral work in the area of solid-state physics at the University of
Stuttgart and the Max Planck Institute in Stuttgart from 1951 to 1952. From 1952 to 1953 he was
a DIC Staff member at the Massachusetts Institute of Technology and worked with Prof. John C.
Slater in the Solid State and Molecular Theory Group. In 1953 he joined as a Group Leader the
Raytheon Research Division in Waltham, MA. In 1958 he became Assistant Division General
Manager and in 1969 he was named Technical Director and Assistant General Division Manager
of that Division. In 1986 he was also given the position of Research Division General Manager
at Raytheon Co. He has published more than 100 papers, including one book, in the fields of
semiconductor surfaces, semiconductor devices, paramagnetic resonance, ferromagnetism,
masers, lasers, solid-state microwave devices and technology. Dr. Statz retired from Raytheon in
1993. Since that time he has consulted for various companies, among them XMX Corporation,
Heidelberger Druckmaschinen, and Analogic. He made recently contributions to the science of
nanoparticles, especially novel optically resonant particles for use in color pigments and other
applications.
Dr. Statz is a fellow of the IEEE (1980), a fellow of the American Physical Society and a
member of the National Academy of Engineering. He was a member of the Board of Editors of
the Journal of Applied Physics and Applied Physics.