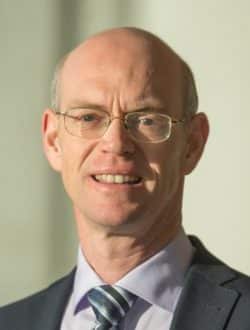 Hendrik Rogier (S’96–M’00–SM’06) received the M.Sc. and Ph.D. degrees in Electrical Engineering from Ghent University, Ghent, Belgium, in 1994 and in 1999, respectively. He is a currently a Full Professor with the Department of Information Technology of Ghent University, Belgium, Guest Professor at imec, Ghent, Belgium, and Visiting Professor at the University of Buckingham, UK. From October 2003 to April 2004, he was a Visiting Scientist at the Mobile Communications Group of Vienna University of Technology. He has supervised more than 20 successfully defended Ph.D. dissertations. He has authored and coauthored more than 135 papers in international journals and more than 150 contributions in conference proceedings. His current research interests are wireless systems, radiowave propagation, body-centric communication, numerical electromagnetics, electromagnetic compatibility and power/signal integrity.

Within the IEEE Microwave Theory and Techniques Society, he is a member of Technical Committee 24 on RFID technology and within the European Microwave Association, he is a member of the Governing Board of Topical Group MAGEO on Microwaves in Agriculture, Environment and Earth Observation. He acts as the URSI Commission B representative for Belgium. He has been serving as an Associate Editor of IET Electronics Letters and of IET Microwaves, Antennas and Propagation. He was twice the recipient of the URSI Young Scientist Award, at the 2001 URSI Symposium on Electromagnetic Theory and at the 2002 URSI General Assembly. In addition, he received the 2014 Premium Award for Best Paper in IET Electronics Letters, the Best Paper Award 1st place 2016 IEEE MTT-S Topical Conference on Wireless Sensors and Sensor Networks (WiSNet), the Best Poster Paper Award at the 2012 IEEE Electrical Design of Advanced Packaging and Systems Symposium (EDAPS), the Best Paper Award at the 2013 IEEE Workshop on Signal and Power Integrity (SPI) and the Joseph Morrissey Memorial Award for the First best scientific paper at BioEM 2013.