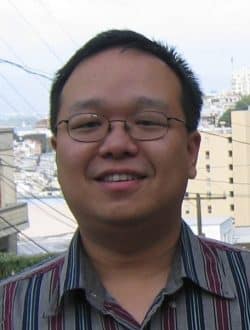 Dr. Hao Xin, Professor of Electrical and Computer Engineering and Professor of Physics at the University of Arizona. He was an Arizona Engineering fellow from 2013 to 2016. He joined University of Arizona since August 2005. From 2000 to 2003, he was a research scientist with the Rockwell Scientific Company. He was a Sr. Principal Multidisciplinary Engineer with Raytheon Company from 2003 to 2005.
He co-founded Lunewave Inc. and has been serving as the president / chief technology officer.
He received his PhD in Physics from Massachusetts Institute of Technology in February 2001. He obtained his BS degree, Summa Cum Laude in Physics and Mathematics from University of Massachusetts Dartmouth in May 1995.
His primary research interests are in the area of microwave / millimeter wave / THz antennas, devices, circuits and their applications in wireless communication and sensing systems. His recent research activities have covered a broad range of high frequency technologies, including applications of new technologies and materials in microwave and millimeter wave circuits such as electromagnetic band gap crystals and other meta-materials, carbon nano-tubes devices, solid state devices and circuits, active or semi-active antennas, and passive circuits. He has also performed leading research in 3D printing technology for electromagnetic devices and systems since 2007. He has authored over 300 referred publications and 17 patents in the areas of microwave and millimeter-wave technologies, random power harvesting based on ferro-fluidic nano-particles and carbon nanotube based devices. He is a fellow of IEEE and chair of the joint chapter of IEEE AP/MTT/EMC/COMM in Tucson AZ. He is a general co-chair of the 8th International Workshop on Antenna Technology. He also serves as an associate editor for IEEE Antennas and Wireless Propagation Letters.