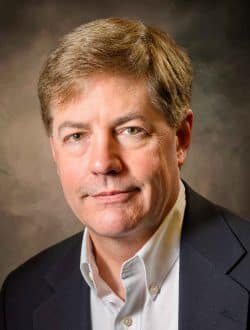 W. Gregory (Greg) Lyons received B.S.E.E., M.S.E.E., and Ph.D. degrees in electrical engineering from the University of Illinois at Urbana-Champaign. His Master’s thesis work involved some of the earliest research on AlGaAs/GaAs high-electron mobility transistors (HEMT). His Ph.D. thesis advisor was John Tucker, who developed the Quantum Theory of Mixing (QTM). Greg’s Ph.D. thesis at Illinois explored, in part, the application of QTM to other materials systems in collaboration with John Tucker and John Bardeen.

Some favorite quotes from Massachusetts authors for your consideration:

Do not go where the path may lead, go instead where there is no path and leave a trail.
– Ralph Waldo Emerson

The question is not what you look at, but what you see.
– Henry David Thoreau

I’m not afraid of storms, for I’m learning how to sail my ship.
-Louisa May Alcott