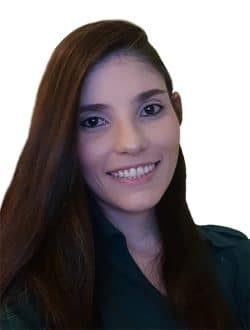 Gidy Florez Navarro works as a visiting Researcher at the Brazilian Center for Research in Physics (CBPF) in the Applied Magnetism Laboratory (LMAG) with a project in the Oil & Gas sector. She received her M.Sc and Ph.D. degree in Electrical Engineering from Pontifical Catholic University of Rio de Janeiro- Brazil and her degree in Electronic and Telecommunication Engineering from Universidad Autónoma del Caribe (Colombia). She has been an IEEE member and active volunteer since 2007 as a student member of Colombia Section. In 2010 she began part of the Rio de Janeiro Section. She was part of Region 9 SACTeam in 2012-2013, in IEEE SIGHT Events Committee in 2016 and IEEE SIGHT Engagement Committee in 2017. In 2018-2019 she was part of the LA ComSoc Board as YP Coordinator. Currently she is a Team Member of IEEE Microwave Theory and Techniques Society Young Professionals, Student Activities Coordinator for IEEE ComSoc LA, member of IEEE Region 9 HAC/SIGHT Committee, and Co-founder of Sociedade Brasileira de Metamateriais (SBMETA). In 2020 she was part of the IEEE HAC funded project “Engineers Assisting Ventilator Maintenance” that received the IEEE MGA Achievement Award. Her research interests are radar imaging, microstrip antennas, metamaterial devices, and electromagnetic materials characterization. She has also researched on MIMO systems and millimeter-wave antennas.