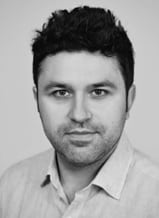 Gian Piero Gibiino received the dual Ph.D. degree from the University of Bologna, Bologna, Italy, and KU Leuven, Leuven, Belgium, in 2016. He is currently a research associate with the Dept. of Electrical Engineering “Guglielmo Marconi”, University of Bologna, Italy. His research interests include RF/microwave device characterization, RF/microwave measurement techniques, system identification, measurement-based behavioral modeling, and optimization methods for RF/microwave devices and circuits. He was a member of the MTT-S AdCom (as IEEE Young Professional) from 2017 to 2020, and of the organizing team of the International Workshop on Integrated Nonlinear Microwave and Millimetre-wave Circuits (INMMIC) 2014. He was the recipient of the MTT-S Graduate Fellowship in 2014 and of the European Microwave Integrated Circuits Conference (EuMIC) Young Engineer Prize in 2017.