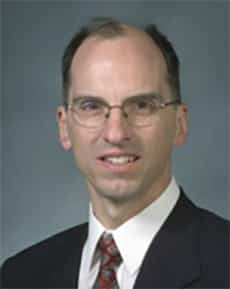 He joined the staff of the Communications, Instrumentation, and Controls Division at NASA Glenn Research Center, Cleveland, OH in 1983 and worked there through 2021 as a senior research engineer; he is now retired. In 1997-1998 and in 2000-2001, he was a visiting professor at Case Western Reserve University in Cleveland, OH. He has authored and co-authored over 200 papers in refereed journals and symposia proceedings.

Dr. Ponchak is a Fellow of the IEEE. Dr. Ponchak, was the Editor-in-Chief of the IEEE Transactions Microwave Theory and Techniques from 2010-2013, and the Editor-in-Chief of the IEEE Microwave and Wireless Components Letters from 2006-2009. He served on the Editorial Board of the International Journal of RF and Microwave Computer Aided Engineering from 2005-2019. He received the 2014 N. Walter Cox Award that recognizes an IEEE MTT-S member who has given exemplary service to the Society and the Best Paper of the ISHM’97 30th International Symposium on Microelectronics Award.