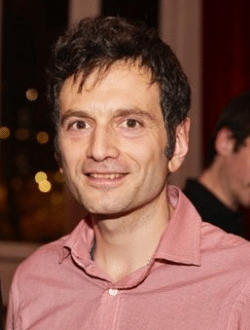 Prof. George Goussetis (S 99, M 02, SM 12) is the Head of Institute of Sensors Signals and Systems at Heriot-Watt University. His interests rest with microwave components, subsystems and antennas for space and ground segment applications and has been the principle investigator for a number of space related R&D projects funded by the European Union and the European Space Agency. He has co-authored over 100 journal and 200 conference papers as well as the book Filter Design for Satellite Communications: Helical Resonator Technology. George graduated the Diploma degree in Electrical and Computer Engineering from the National Technical University of Athens, Greece, in 1998, and has also been with Space Engineering, (Rome, Italy) and Queen’s University Belfast. He has held Research Fellowships by the Onassis Foundation (1999-2002), the Royal Academy of Engineering (2006-11) and Marie Skłodowska-Curie (European Union 2013-15) and was the co-recipient of the 2011 European Space Agency young engineer of the year prize, the 2012 EuCAP best antenna theory paper prize and the 2016 Bell Labs prize. He has served as Associate Editor to the IEEE Antennas and Wireless Propagation Letters.