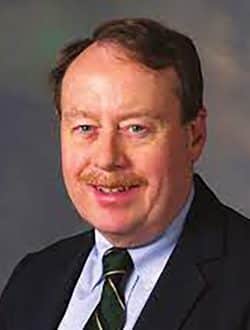 Frederick H. “Fritz” Raab is Chief Engineer and Owner of Green Mountain Radio Research, an R&D firm which he founded in 1980.  He received B.S., M.S., and Ph.D. degrees in electrical engineering from Iowa State University in 1968, 1970, and 1972.  He received the I.S.U. Professional Achievement Citation in Engineering in 1995, was named an IEEE fellow in 2006, and received the MTT-S Pioneer Award in 2019.  He is coauthor of the classic textbook Solid State Radio Engineering and over 100 technical papers.  He was program chairman for RF Expo East ’90 and founded technical committee MTT-20 that expanded the MTT-S to include HF/VHF/UHF engineers.  He is a member of IEEE, Eta Kappa Nu, Sigma Xi, AOC, RCA (fellow), and ARRL.  “Fritz” is an extra-class amateur-radio operator W1FR (licensed since 1961) and was coordinator of the ARRL 500-kHz experiment which was instrumental in gaining the new 630-meter amateur band.

This talk is an overview of techniques for high-efficiency RF-power amplification.  First, some basic concepts about transistors and the concept of average efficiency are introduced.  The characteristics of conventional amplifiers (classes A, B, and C) are then reviewed.  The principles, demonstrated achievements, and practical limitations of RF-power amplifiers operating in classes D, E, and F are then discussed, followed by an explanation of continuous-mode operation.  Techniques for high-efficiency linear amplification are then discussed.  These include the Kahn EER technique, envelope tracking, Doherty, and Chireix outphasing, as well as high-level amplitude modulators.  Finally some notes on emerging techniques are offered.

This talk introduces engineers to the basic concepts of RF-power amplifiers and the organization of transmitters.  First, the characteristics of RF-power transistors are presented and construction techniques are outlines.  Next, linear power amplifiers (classes A and B) are discussed.  The discussion includes basic principles and equations. Switch-mode (high-efficiency) RF power amplifiers are then presented, including classes D, E, and F.  Finally, the basic concepts for organizing transmitters are presented, including power combiners, corporate structure, predistortion, linear-amplifier chains, EER/ET architectures, Doherty, and outphasing.

This talk provides an overview of the applications of RF power.  It begins with the history of how RF power was generated.  Next is a short overview of RF power amplifiers, transistors, and transmitters.  The talk then presents numerous applications including broadcast, communication, and navigation and radar.  Finally it describes systems for applications such as RF heating, Magnetic-Resonance Imaging, and particle accelerators.